rationalthoughts.org Posted on January 13, 2020 Posted in Politics No Comments Tagged with Double Down News, George Monbiot 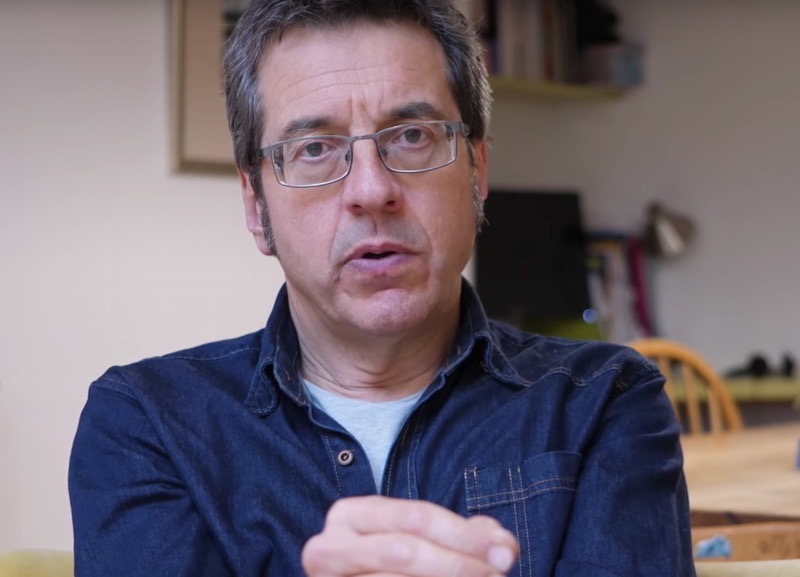 A lot of people are blaming Corbin for the results of this election. A lot of people blamed Hillary Clinton for the result of the presidential election that brought Donald Trump in now Clinton and Corbin are opposites as far as progressive politics are concerned people are blamed the opposition in India for the reelection of Narendra Modi there blamed the opposition in Australia for the election of Scott Morrison in Brazil for Jair bolsonaro. Similarly in Hungary and Turkey, in Poland in the Philippines, actually blaming isn’t gonna get us very far at all. Because what we’re witnessing is a global phenomenon, something big has changed.

The oligarchs have discovered the formula for persuading the poor to vote for the interests of the very rich, and that formula includes massive lying and cheating on an unprecedented scale, mobilizing social media particularly to generate mendacious, manipulative adverts. memes and conspiracy theories in order to swing people around, or to turn them off from voting altogether, pushing forward killer clowns, like Johnson like Trump, like Modi, like bolsonaro, who will do whatever the oligarchs want, but present sort of almost amusing face to the public. And so we laugh along with them. And then they learn from each other. They teach each other in fact, very often the same political operatives will hop from one campaign to another, constantly refining the model, refining the formula. So it’s a mistake to fixate on one leader or one political party and say, oh, look how badly they failed. Sure, there are failures.

There was a lot of internal division within the Labour Party that really didn’t help. There was a lot of disarray over Brexit with a lot of wobbling about what the Brexit position should be. Lots of people really liked Labour’s Manifesto. So it wasn’t the policy. Which was the problem, and I don’t even think primarily was the leadership which was a problem. But any Labour leader putting forward those policies whose aim was to transform this country would have been demonized and ripped apart. The fundamental problem is the incredible grip over our imaginations that the billionaire press still exerts. Combined with highly effective and misleading use of social media.

This is a global phenomenon, something huge has changed. People who wouldn’t have stood a cat’s chance in hell 10 years ago, are suddenly winning elections all around the world at the moment. Why is that because they have worked out the formula for how to do it. If there is a formula for how to do it, there must also be a formula for how to resist it, but how, tell me how one of the things we need to do is To ensure that people are much more aware of what is fake, and what is real dark ads on social media telling total lies, Facebook, Google, Twitter, they’re all deeply comfortable in this. So we must defend ourselves from lies and that requires digital literacy. And there are ways of doing that. On the day of our general election. In Finland, a 34 year old woman, Santa Maria was chosen as the Prime Minister, and she’s the complete antithesis of Boris Johnson. She could not be more different.

There was one crucially important thing that Finland has been doing for the past five years and that’s investing very heavily in digital literacy and helping people understand how they can be manipulated online. Finland has been judged as a country with the highest resistance to fake news now Now obviously, we can’t expect Johnson or Trump or motio bowl scenario to introduce an effective digital literacy campaign because They don’t want their own lies exposed, but you don’t have to rely on government to do that. So the Democratic Party in the US has now produced a guide to confronting online lies, putting massive pressure on the social media platforms on Google on Facebook on Twitter to just take a completely different attitude to the laissez faire one that has dominated them. So far. What we need to see amongst progressive parties all over the world is a coalition against fake news. So you would say that white supremacist tide publications meet a rigorous standard for fact checking. When you look at the only Labour leader who has succeeded in recent times, Tony Blair, you see someone who has pretty well gone along with the agenda of the billionaire press.

I mean, he went to great lengths to butter up rupert murdoch, potentially the most dangerous man on earth. Fear, the worry is that he had to do that in order to appease the billionaire press and that if a Labour leader doesn’t do that they can’t succeed if that is the case, and we have a real big structural institutional problem, and it is called the media. I think there’s a pretty horrible atmosphere developing at the moment, a real sense. People want to purge, get rid of all those people who wanted a different country, rid of all those people who supported Corbin.

But it seems to me that in this renewed furious public argument between Blairites and korbinites, or whatever you want to call them, we see people really arguing in the wrong terms about the wrong things. And on the wrong scale. They’re looking inward or is actually they ought to be looking at the political system as a whole and how we can radically change that. The problem we face at the moment almost regardless of who is in power, is that we have a very top down 19th century model of politics. What we need to replace that simple linear top down political model with is what I call political rewilding, the system which is run and owned by the people, we’re beginning to see very powerful examples of genuine people owned grassroots politics developing around the world. And yet, this is not reflected in mainstream political theory at all. We don’t need to wait for government to do this for us. Government is not going to do this for us.

We start doing it at the municipal level in the towns and the cities. So where there are favorable local authorities, we put pressure on them and we work with them to design these completely new grassroots politics. And then once we demonstrate the model, what you find very rapidly and this has happened in other parts of the world, other people want it. They see that in their neighboring town. There’s lots some exciting things happening which they don’t have in their own town. So the demand for that new politics begins to spread and begins to grow, and gradually can transform the nature of the whole nation. And then it’s much harder for the oligarchs to get a grip over political life. We also have to attend to the short term crisis many people in this country now face, even though most of you have to be careful with a food. So we try not to eat a lot in one day, continued austerity, continued exclusion, and marginalization, there’s going to be a rising tide of xenophobia and hatred. It’s even central government policy. Now, they’re going to attack Romany gypsies and travelers that’s in the manifesto.

So the first thing we need to do is to stand in solidarity with everyone who is likely to be victimized by this government. doubled down on our efforts to help the people who are being marginalized. We have an overtly racist Prime Minister, just since the election already, we’ve seen a marked rise in racist assaults, no one must be left to face the consequences of this election alone. I mean, my big hope is that that result is going to spark a much wider discussion about what needs to change. We need not just a change of government, we need a change of political system. We know that just as there is a formula for the oligarchs to take power, there is a formula for defeating them, and for ensuring that there’s a far more effective and robust democracy than we’ve ever witnessed anywhere. And I’m beginning to see the first strands of what that formula might be. And I actually think is very exciting. So yeah, this is a time despondency. But it’s also a time of double down has been achieving extraordinary things reaching millions of viewers making the films that you’re not going to see anywhere else. And this has been made possible by the fact that it now has over 1000 patrons come and join and join the network helping doubledown news to get even bigger and more effective than it is already.